Criminal Justice Student Cast in Upcoming HBO Limited Series, “We Own This City” 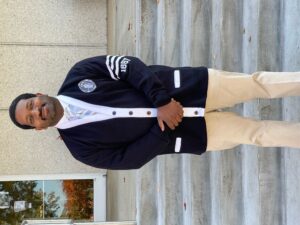 Kevin Brown, a criminal justice major and a spring 2021 graduate, has been cast in the upcoming HBO limited series, We Own This City. The limited series is based on a story of police corruption stemming from the Baltimore Police Department’s infamous Gun Trace Task Force. Brown will portray a Baltimore City Police Officer and a Maryland State Trooper. The show features Jon Bernthal (The Walking Dead and The Punisher), Josh Charles (The Good Wife), and Jamie Hector (Bosch and The Wire). Brown is currently completing a second major (Biology) at Saint Augustine’s University and is pursuing a career in federal law enforcement.