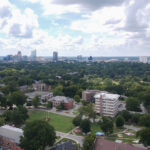 Saint Augustine’s University (SAU), and Carter agreed to a proposal valued in excess of $75 million, which includes developing a 320-unit multifamily project on the property and offers the University the option to invest in the project as a partner. The proposal also includes a partnership between Carter and Swift Services as a minority partner […] 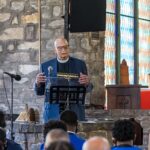 SAU mourns the loss of Board of Trustees Member and Alumnus, The Hon. Rev. Dr. Joseph N. Green, Jr.

The Saint Augustine’s University (SAU) family mourns the passing of Board of Trustees Member and class of 1949 alumnus, The Hon. Rev. Dr. Joseph N. Green, Jr. While attending SAU, Father Green was a charter member of the Beta Xi Chapter of Phi Beta Sigma, Fraternity, Incorporated, in 1948. In addition, Father Green served as […] 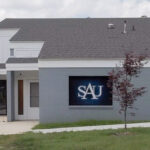 Saint Augustine’s University (SAU) will receive $490,000 from the Omnibus Funding Bill for Fiscal Year 2023. The funding is part of the $26,890,641 announced by Congresswoman Deborah Ross (NC-02) for community projects across Wake County.   “I fought for funding for these essential projects because I know they will make a positive difference in our […] 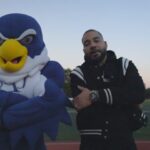 Saint Augustine’s University (SAU) is one of two historically black colleges/universities (HBCUs) in the country featured on the new mini-series sponsored by Ford titled HBCUGo Road to Homecoming, hosted by DJ Envy. The first two episodes of the mini-series comprise stories from SAU students, alumni, and administrators as they prepare for the university’s homecoming, which took […] 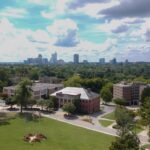 For the second straight year, Saint Augustine’s University (SAU) is pleased to report the highest Giving Tuesday contribution ($217,000 and counting) since Giving Tuesday began in 2012. This year’s contribution is a 43.7% increase from last year’s record-breaking total. The University’s observance of Giving Tuesday took place on November 29, 2022, which featured a $10,000 […] 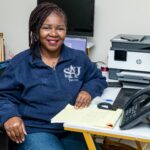 Saint Augustine’s University (SAU) has partnered with ed2go to offer continuing education. The partnership allows SAU to provide a wide range of affordable, highly interactive courses students can take online. “Our mission at SAU has always been to meet our students where they are and provide them with a quality education,” said SAU President Dr. […] 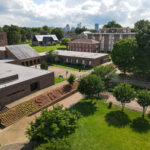 Media and Communications Professor, Dr. Dan Trigoboff, is a co-author of a book that takes on numerous controversies involving the role and presence of guns in our society. Guns 360 offers an interdisciplinary approach to discussing not only the criminal justice system, but also legislation, regulation, mass shootings, mental illness, marketing, public health, and domestic […]

On November 17, 2022, the Alexandria Redevelopment Housing Authority (ARHA) renamed its Wythe Street headquarters building in honor of Saint Augustine’s University (SAU) alumnus A. Melvin Miller. The ceremony also unveiled a bust of Miller, the late community leader, Civil Rights activist, and affordable housing advocate. “Is there such a thing as a diminutive giant?” […] 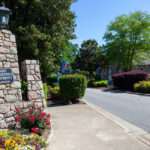 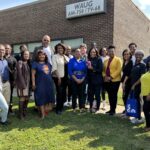 Student Journalist Group is Revived with Help of Professional Journalists

With help and encouragement from local journalists, a student chapter of a national Black journalist group has been revived at Saint Augustine’s. The Saint Augustine’s University Association of Black Journalists (SAU-ABJ) has officially been established as a student chapter of the National Association of Black Journalists (NABJ). This nonprofit group supports, trains, and advocates for […]